The active versus passive management of portfolios is a recurring debate among investors that never seems to lose currency. In recent years, it has gained renewed relevance given the astounding growth of ETFs and index funds which has led to the concentration of assets in a handful of funds managed by a handful of firms. The critical question underlying this debate is whether active managers can still add alpha over a passive portfolio? From our perspective, the answer is an unequivocal ‘yes.’ However, understanding the sources of alpha requires deeper insights than is often offered by experts on both sides of the debate.

When discussing active managers’ track records—in equities specifically—the conversation quickly devolves to their ‘stock picking’ ability. This misses at least half of what makes an active manager successful, which, as we have written before, is their ability to allocate among factors that drive market returns at different times, without reverting to market timing or stepping outside of their mandate (such as a small cap manager buying large caps or a value manager buying growth stocks) to juice returns. Understanding the true source of stock returns, for active managers and passive indexes alike, is key to investors knowing not to panic when markets sell off or getting carried away with euphoria when the feeling permeates investors’ psyches.

The Barron’s 400 Index (B400) which is not an actively managed portfolio, but a rules-based, transparent and passive index that adheres to MarketGrader’s GARP-based selection methodology, is a wonderful illustration of the two primary sources of return that should help proponents of both active and passive management distinguish between stock selection and asset allocation when parsing equity returns in the last 12 years. The B400 went live on September 3, 2007, just as the stock market was peaking and as the 2007-2008 global financial crisis began to unfold. The analysis presented in this article is based on the Index’s live track record through June 2020 (please visit some of our previous articles for a more comprehensive analysis of risk/return factors). Over this entire live record the B400 had a cumulative price return of 108%, trailing the Russell 3000 Index’s (a total stock market proxy) return of 112%, as well as the S&P 500 Index’s return of 110%. On the other hand, it bested the small cap Russell 2000 Index’s price return of 82%. The B400 is size agnostic and therefore selects stocks across all market cap segments (about half of the constituents have a market capitalization above USD 10 billion). In an all-cap market-cap weighted portfolio, the larger stocks contribute more to portfolio performance since they receive a relatively larger weight compared to the smaller stocks in the portfolio. But the B400 underperformed both the large cap benchmark and the overall market (which is driven mainly by the larger stocks) and outperformed the small cap benchmark. How is that possible? The answer is simple: B400 is not a market-cap weighted index but weights its 400 constituents equally.  This means that any given company only accounts for 0.25% of the index’s weight at each semi-annual rebalance. This is in sharp contrast to the weight of a single company in the S&P 500. For instance, take Microsoft and Apple (both perennial B400 constituents), each of these companies has a weight of about 6% in the S&P 500 Index. In fact, the five largest companies in the S&P 500 account for about 21% of the S&P 500 and therefore that much of the index’s performance. Those same five companies also happen to be members of B400 currently, yet they account for just under 1.5% of the B400 and therefore about that much of its performance.

This seems to suggest that the underperformance of the B400 is not a consequence of poor stock selection but as a result of its equal-weighted methodology. To verify this we calculated a market-cap weighted version of B400 using the historically selected components over the index’s live history. The results speak for themselves and are presented in Figure 1.

The market-cap weighted version of B400 gained 169% since inception, outpacing its equally weighted sibling by a whopping 61 percentage points, the S&P 500 by 59 percentage points and the Russell 3000 by 57 percentage points. This finding confirms our hypothesis that when an apples-to-apples weighting scheme is used to compare the performance of the B400 to almost any US equity market benchmark, B400’s GARP stock selection methodology is difficult to outperform. Therefore, this raises the question: why is the B400 not market cap weighted and instead equally weighted methodology? The answer is simple: we cannot anticipate when large caps will outperform small, or vice versa, and thus prefer to weigh constituents equally and let the stock selection be the source of returns instead of the size factor which is the major source of return in most market benchmarks. This has the added benefit of avoiding excessive concentration risk, which afflicts market cap weighted benchmarks every other market cycle or so. And while we could go back to earlier periods to show how B400 has performed in markets when small caps dominate, we don’t need to go too far into the past to illustrate this point. In fact, we can use the same live returns presented above, but end in August 2018, to show how the equally weighted B400 performed in a period during which small caps outperformed large caps. These results are presented  in Figure 2.

From the date of its launch by Barron’s through the end of August 2018, the market cap weighted and equally weighted versions of B400 had almost identical returns, with both versions gaining 146% and 145%, respectively (price only). Both handily beat the Russell 3000, which gained 102%. Notably, during this period, because small caps were in favor, the Russell 2000 outperformed the S&P 500 by 23 percentage points. What has happened since then?

Investors may recall that the U.S. stock market began to correct, after nine and a half years of almost uninterrupted gains, at the end of the summer of 2018. By the end of the year the S&P 500 had lost 14% (price only), while the Russell 3000 had lost 15%. Small caps, as tracked by the Russell 2000, had lost 23% by New Year’s Eve, officially entering bear market territory. As 2019 unfolded, large caps began to recover and by June they had reclaimed their 2018 highs. The Russell 2000, on the other hand, never recovered. It is still down 17%, through the end of June, having briefly fallen once more into bear market territory earlier this year when stocks sold off as a result of the current coronavirus pandemic. This last period—between September 2018 and June 2010—is remarkable in terms of the magnitude of the gap that has emerged between small and large cap stocks. The spread between the S&P 500 and the Russell 2000 over this period reached 24 percentage points through the end of June. The equally weighted version of B400 has been hurt by this large divergence significantly, as the Index is down 15% from its August 2018 high (despite outperforming the overall market and the S&P 500 since the March bottom). On the other hand, the market cap weighted version of B400 has not only recovered like the large cap indexes,  but has in fact outperformed the S&P 500 by 200 basis points through June 2020. It is ahead of the Russell 3000 by 400 basis points. The solid GARP focused stock selection  methodology of B400 speaks loudly and clearly through these results which are presented in Figure 3.

The Barron’s 400 Index focuses on selecting quality companies, that are growing at a higher rate than the average company, without overpaying for their shares. If it were an active manager, it would be squarely focused on generating alpha through company selection and not through allocation to specific factors (such as size, style). The value of its selection methodology has indeed come through across various market cycles as illustrated above, despite underperforming at times when small caps fail to keep pace with the large cap benchmarks. This size regime will change, like it always has. When it does, B400 will still own the best companies in the U.S. regardless of size. 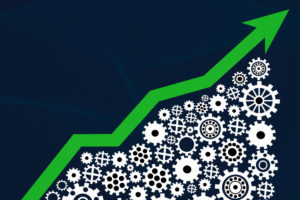