In what proved to be a challenging year for emerging markets, especially China, India stood out as one of the world’s best investment destinations in 2021. Indian equities performed almost on par with U.S. equities, last year’s standout among the world’s main stock markets. MarketGrader’s India benchmark, the MarketGrader India All-Cap Growth Leaders Index (MGINGROW), topped its outstanding 2020 performance with an even better return in 2021, gaining 31.6% including dividends. MGINGROW, which selects the country’s 80 best companies according to our GARP-based ratings, has now outperformed the country’s widely followed benchmarks in two consecutive years. It topped the MSCI India Index by 480 basis points, the S&P BSE Sensex Index by more than 1000 basis points, and the country’s “Nifty 50” Index by 830 basis points in 2021. The widely followed MSCI Emerging Markets benchmark, meanwhile, lost more than 2% in 2021. Figure 1 shows the cumulative total return for MGINGROW in 2021 compared to India’s widely followed benchmarks.

Remarkably, Indian equities have more than doubled the return of the broad emerging markets benchmark since global stock markets bottomed in March 2020, following the brief but drastic drawdown at the outset of the Covid-19 pandemic. And in 2021, a year in which broad Chinese equity benchmarks trailed most global markets, Indian equities provided emerging market investors with a respite from the stream of negative news coming out of the largest of all emerging markets. One may argue, in fact, that had it not been for India, which accounts for almost 13% of the EM benchmark’s weight, EM investors would have fared much worse than they did in 2021. Consider that while the benchmark lost 2.2% last year in US dollar terms, the MSCI China Index lost 21.6%, while MarketGrader’s own China All-Cap Growth Leaders Index (MGCNGROW), lost 14%, dragged down mostly by its exposure to offshore Chinese stocks, which bore the brunt of the Chinese government’s ire last year as it sought to crack down on many of the country’s most successful Internet and technology names (MarketGrader’s onshore Chinese indexes fared much better, with our China New Economy Index up 10% in 2021). Figure 2 shows the broad divergence between Indian, Chinese, and emerging market stocks in 2021.

Breaking Down the Companies

While MGINGROW is an 80-constituent index, during a full calendar year the index holds three different sets of companies, or ‘portfolios,’ considering it rebalances twice a year, in March and September. It therefore starts the year with one set of companies; it then selects a new set of companies in March (obviously not all companies are replaced from the prior period); and in September it selects its third ‘portfolio’ for the year. In 2021, MGINGROW held a total of 130 different companies across all three holding periods. Fifty-six (56) companies were selected to a single period, while 42 were selected in two periods and 33 were selected in all three periods. Only 36% of all holdings across all three periods had a negative return while they were members of MGINGROW, with the remaining 64% contributing positively to the index. In all, the average performance across all holdings and all periods was 27.2%, as shown in Figure 3, while Figure 4 shows the index’s top 20 performers in 2021. 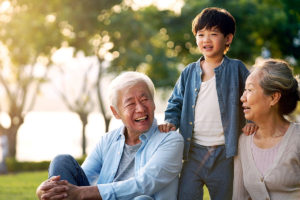 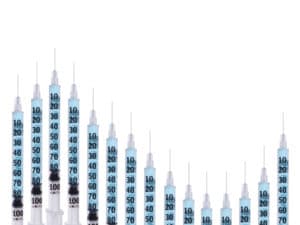