Health Care stocks have quietly posted some of the best returns among all developed market sectors this year, matching the broad benchmark returns in what has been a solid year for equity markets around the world. The S&P Global 1200 Index gained 23.5% through the end of August, while the MSCI World Index rose 24.5% during the same period (both including dividends)[1]. The MarketGrader Developed Markets Health Care (ex-Australia) Index, meanwhile, posted a total return of 26% year to date (all returns in Australian Dollars). It has outperformed its S&P and MSCI counterparts in the last one, three and five years (download its fact sheet here).

The 49 remaining constituents that make up the MarketGrader Index have just completed their most recent earnings season[2] and their collective reports were nothing short of stellar (only 49 companies are still part of the 50-constituent Index since Alexion Pharmaceuticals was acquired by Astrazeneca on July 22; the Index will refresh its selection and return to its original company count at its next rebalance, scheduled for September 17th). Earnings season for the health care sector started in earnest during the week of July 19th and ended last week (September 3rd). All companies in the MarketGrader Index reported their most recent financials within this seven-week period, except for Fisher & Paykel Healthcare, of New Zealand, which last reported semi-annual results on May 27th.

Among the 49 companies left in the Index, only four reported a negative earnings surprise while 44 reported earnings above their analyst consensus estimates. Celltrion Healthcare of South Korea, which reported on August 13th, doesn’t have an analyst consensus estimate and therefore isn’t included in our tally. The 48 remaining constituents reported earnings that, on average, beat their consensus estimate by 14.3%. The median surprise was 10.4%, above the historical median of 9.1% for the same 48 companies in the last three years. And the good news wasn’t limited to these companies’ bottom lines. All 49 constituents reported remarkable year over year growth in operating income, which averaged 58%, and quarterly sales that grew by an average of 32% from the comparable period a year earlier. Average annual sales growth of almost one third for a group of companies with an average market capitalization of AUD 93 billion is extraordinary, underscoring pent-up demand for health care goods and services outside of Covid-related expenditures.

Despite such strong results, the stocks only gained an average of 2% following all companies’ earnings announcements, with 16 of the 49 stocks falling after their report, even though only two of them posted a negative surprise. Based on the strength we’re seeing in nominal GDP growth among economies that continue to recover from last year’s shutdowns, the sector’s secular tailwinds, and patients’ needs to make up for treatments postponed due to Covid, we wouldn’t be surprised to see health care lead the market higher for the remainder of the year. Below we publish the list of the 10 Index constituents with the best earnings surprises this past season.

[2] While some of the companies in the Index only report semi-annually, MarketGrader tracks earnings season on a quarterly basis. The quarter most recently reported in the U.S. largely coincides with the latest semi-annual reports in Europe and elsewhere, allowing us to report on a “global” earnings season. 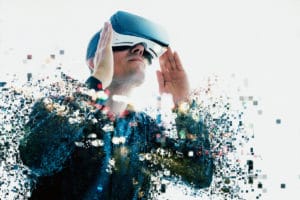 The Barron’s 400: Tangible Growth In a Metaverse World

U.S. markets threw a small tantrum on the last trading day of November when Federal Reserve chairman Jerome Powell suggested, in testimony before Congress, that the central bank might accelerate 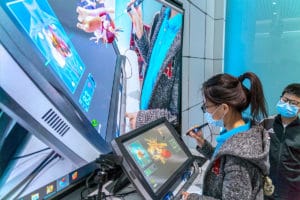 Given the lackluster performance of Chinese equities in 2021, Australian investors may be questioning the value of having a dedicated exposure to the asset class in their portfolios. The CSI 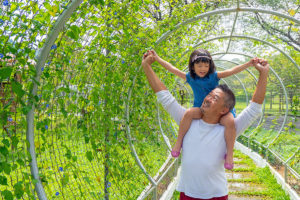 We’re very excited to announce our latest collaboration with VanEck—the first one with VanEck Europe—which expands the list of China-focused ETFs tracking a MarketGrader Index to three. The new VanEck