Using the Barron’s 400 Index as a proxy for a portfolio holding GARP companies, the GARP vs. Size blog is a weekly summary of the performance of US equity markets aimed at informing readers the alpha that is attainable using a GARP focused stock picking strategy. Readers might want to take note that the Barron’s 400 uses a rules-based, transparent and objective methodology for selecting GARP stocks. It is not an actively managed portfolio.

The table below presents the one-week price performance of the US equity markets ending November 20, 2020:

In terms of the size attribution for the B400, the 251 large cap stocks in the B400 had a combined weight of 61.84% in the index at the start of the week, while the remaining 149 small cap stocks had a combined weight of 38.16%. A portfolio allocated to the R1K and R2K in those weights would have posted a gain of 77 basis points for the week (a contribution of negative 14 basis points from the large cap allocation and positive 90 basis points from the small cap allocation). But the B400 posted a gain of 79 basis points, meaning the GARP based stock selection last week managed to eke out a positive alpha of two basis points.

Note: The above table was first conceived for the week starting September 21, 2020, when the B400 was reconstituted and rebalanced.

It has been nine weeks since the B400 was reconstituted and rebalanced. The cumulative performance and attribution over this nine-week period is presented in the tables below. Both large caps and small caps are in solidly positive territory with the R1K up 8.02% and the R2K up 16.17% implying a small cap premium of 8.15% over the period. With a cumulative price gain of 11.44%, the performance of the GARP-focused B400 is about in the middle of the size indexes.

The cumulative performance attribution by size reveals that in addition to the 5.03% and 6.02% contribution of large caps and small caps respectively, 0.38% of the B400’s return can be attributed to the GARP-based stock selection implemented by the B400 nine weeks ago. That is a little more than 3% (0.38% of 11.44%) of the B400’s cumulative price performance over this period. 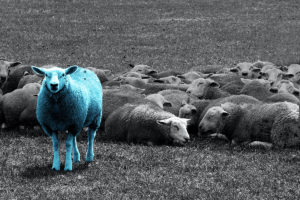 How GARP Crashed the Growth vs. Value Party

The Barron’s 400 Index (B400) completed its most recent semi-annual rebalance on Friday, March 19th. In replacing 167 of its constituents and retaining the remaining 233, it restocked its roster

With a total return of 5.60% for the month, the Barron’s 400 Index (B400) significantly outperformed the broad market in February 2021. The table below compares the return of the

Notice to our readers: Starting this month, we’re switching from reporting on the performance of our flagship Barron’s 400 Index from a weekly to a monthly frequency. With a lower

Menu
LOGIN
TRY IT FREE
We use cookies to ensure that we give you the best experience on our website. If you continue to use this site we will assume that you “Accept”.I AgreePrivacy policy