For most investors in Chinese stocks, 2022’s first half was mostly about the government’s zero-Covid policy and the country’s decelerating economy, and for good reason as we have written before. However, for long-term investors, the most significant news out of China in 2022 could prove to be the April launch of the long-anticipated “third pillar” of the country’s pension system, consisting of individual private retirement accounts. This final piece in China’s pension framework is much more than a simple nod to the quandary in which the country finds itself courtesy of its rapidly ageing demographics. The framework to promote widespread investment into private pensions, with the potential to channel billions from bank savings accounts to the country’s capital markets, is a centerpiece of the government’s effort to shift significant responsibility for securing retirement income from the state to employers and individuals. In our view it will lead to a significant inflow of assets into managed funds and investment products approved by the state, generating a multi-year tailwind to the country’s equity markets along with much needed long-term focus. This in turn will help millions of Chinese build the required asset reserves needed to generate adequate income during retirement.

A Primer on China’s Pension System

China’s pension system stands on what the government refers to as “three pillars,” designed to help secure retirement income for its citizens. The first pillar, known also as the ‘basic pension,’ consists of the central government’s Public Pension Fund (PPF) and National Social Security Fund (NSSF). The latter, designed originally as a backstop to the PPF is now, in effect, the gatekeeper of the assets held in the PPF as all external managers must go through NSSF to obtain pension fund mandates. And just like the social security system in the United States, China’s first pillar is a pay-as-you-go scheme, into which enterprises and government agencies contribute based on their employees’ wage levels, with the government covering any shortfalls to pay current retirees. You don’t have to dig too deep to see how shaky this foundation is based on current asset levels; in 2020 PPF reported a deficit for the first time ever, as the government lowered contribution requirements to help institutions weather the pandemic, covering the difference with government general funds. By year-end 2021 assets in Pillar 1 funds totaled RMB 6.9 trillion (about US$1.03 trillion), split into RMB 4 trillion in the Public Pension Fund and RMB 2.9 trillion in the National Social Security Fund[1]. While the asset base is still quite low relative to the economy’s size, based on the number of participants PPF is already the world’s largest pension scheme with one billion beneficiaries. According to the OECD, China’s total pension fund assets total a meager 2.2% of GDP And while this figure refers only to PPF assets, when all other pension assets in China are added to the total, these still represent less than 7% of the country’s GDP, well below other large economies (if GDP is $15 trillion then $1.03 trillion of that is about 6.9%). Comparable figures for Japan and the U.S., for example, are 21% and 97%, respectively, while countries like the UK, Australia, and Switzerland have pension assets well in excess of 125% of GDP, as shown in Figure 1.

Figure 1. Total Pension Assets as % of GDP for Select Countries, 2020

The second pillar in China’s pension system is employer based and is divided into so-called Enterprise Annuities (EA) and Occupational Annuities (OA). The framework of this pillar could be compared to that of the defined contribution plans in the United States. Enterprise Annuity plans have been set up mostly by State-Owned Enterprises (SOEs) and are owned by the enterprise and its employees. Employee contribution to EA plans is voluntary. At the end of 2020 there were over 105,000 enterprises in China with established EA plans, a small fraction of the estimated 40 million enterprises operating in the country. These employer-sponsored schemes cover only approximately 20 million employees and are usually limited to the country’s largest enterprises as most small and medium-sized businesses lack the resources to cover the administrative costs of running these plans. Total assets in the EA portion of Pillar 2 totaled only RMB 2.5 trillion (about US$373 billion) by year-end 2020. Occupational Annuities, the other part of Pillar 2, are set up by government entities and institutions for the benefit of government employees and staff, and collectively have about RMB 1 trillion in assets. Employee contribution to OA plans is compulsory, and the program currently covers 30 million government employees. Its goal is to cover all the approximately 50 million government employees in the country. Combined, EA and OA plans have RMB 3.5 trillion (US$522 billion), a paltry sum for a country the size of China, underscoring the challenge the country faces as its workforce ages rapidly, depriving the system of workers contributing into the system, and swelling the ranks of relatively young retirees exerting pressure on a dwindling asset base. In fact, the China Academy of Social Sciences (CASS), a state-sponsored think tank, has estimated that assets in the government’s “Basic Pension System for enterprise Employees could be depleted by 2035.”[2]

The Chinese government is keenly aware of the retirement funding problem it faces and is taking serious steps to address it. China’s 14th Five-Year Plan (FYP), unveiled in March of 2021, makes direct mention for the very first time of the need to reform and expand its pension sector. The 14th FYP explicitly states that reforming the country’s pension system is now a national priority of the highest order. And with the steps that regulators have taken since the plan was unveiled, it is clear the government expects individuals to bear the burden of asset accumulation in the pension system. Before discussing this point and what it means for investors in Chinese equities, it’s worthwhile revisiting the magnitude of the country’s demographic challenge.

There are now close to 191 million people over the age of 65 in the country, or 13.5% of a total 1.41 billion citizens, according to China’s 2020 census. The World Health Organization defines a country as ‘aging’ once its over-65 population exceeds 7% of the total; and it defines a country as ‘aged’ if the over-65 cohort exceeds 14%. China is at this threshold as the growth in its senior population far outpaces its total population growth. In fact, China’s population grew 7.7% during the decade ended in 2020, whereas the number of people over 65 grew by 60%. The early age at which Chinese workers are eligible to retire has only exacerbated the retirement problem. Today male workers are eligible to begin collecting retirement benefits at the age of 60, while female workers can do so at the age of 55, or 50 if they have worked in blue collar jobs. By 2040, well over a quarter of the country’s population will be over the age of 65 and drawing benefits from the pension system. CASS estimates that the national pension fund will start running deficits before the end of the decade, with an expected shortfall of RMB 118 billion (US$18 billion) in 2028. The government has therefore been clear in stating that individuals, rather than the state, will bear the lion’s share of their retirement burden in the future, which lends credibility and a significant sense of urgency to the development of the pension system’s third and final pillar.

Pillar 3 started as a pilot program in May 2018 in Shanghai and Suzhou, with underwhelming results as it was limited to a few tax-deferred insurance products that failed to capture savers’ attention. At the end of 2020 the program had attracted a mere 48,000 policyholders with an aggregate insured amount of RMB 400 million (US$63 million), prompting the government to acknowledge the lack of investment options and poorly designed tax incentives for investors. Fortunately for China, the issue in getting private pension accounts to take off is not a scarcity of capital but rather poor investor adoption because of a lack of clarity from the government about the types of products and product providers eligible to participate and, most importantly, a dearth of well-designed tax incentives that motivate workers to participate. According to a recent report on the State Council’s official website, by the first half of 2021 financial assets of Chinese citizens totaled RMB 60 trillion (US$8.95 trillion), “part of which can be invested in the third pillar pension market.”[3]According to a report by Deloitte, Chinese citizens’ aggregate wealth far surpasses this figure with retail financial wealth in the country totaling US$30.2 trillion[4]. This is hardly surprising considering how prolific Chinese households are at saving a significant portion of their income. According to the World Bank, China’s gross savings as a percentage of GDP reached 44% in 2020, almost twice the average across all OECD members, as seen in Figures 2 and 3.

Chinese regulators have studied closely the development and success of the United States’ defined contribution and individual retirement account (IRA) programs and hope to replicate their success in China. Many analysts watching China’s reform programs closely expect the trajectory of the country’s pension system to mirror the evolution of pension programs in the United States in the 1980s, when companies began closing defined benefit programs to new workers in favor of defined contribution plans in which employees bear the responsibility of saving for retirement. We share the view that as China’s government clarifies the tax and regulatory framework for the growth of private pension plans in the country, China’s third pillar has the potential to become the biggest part of the country’s pension system. According to Reuters, independent consultants estimate that private pensions will grow almost six-fold from US$300 billion today to US$1.7 trillion by 2025. Zhang Xuyang, chairman of Everbright Wealth Management Co., a wholly owned subsidiary of China Everbright Bank, has suggested that as much as RMB 20 to 30 trillion (US$3 to $4.5 trillion) in Chinese financial assets could be invested in the pension system’s third pillar, and that RMB 5 to 6 trillion could end up in equity funds in the next few years. CICC echoes this, suggesting that in the long run the allocation to equities in Chinese private pension funds could mirror the U.S., where mutual funds accounted for 45% of U.S. private pension assets, with stock funds making up 56% of the total.

The development of China’s pension system’s third pillar will have significant benefits that go well beyond mitigating the country’s potential retirement crisis. The growth of private pensions in China will support further development of the country’s capital markets by raising the quality of the assets invested in the country’s stocks and bonds since retirement savings are a source of long-term, patient capital. Additionally, as international managers participate in the development of China’s private pension market, corporate governance among public companies will improve to match global standards across mature pension systems. Long-term international investors in Chinese equities would do well to stay the course with the country’s stock markets and reap the benefits of this potential windfall. 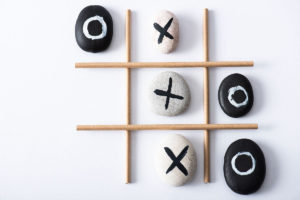 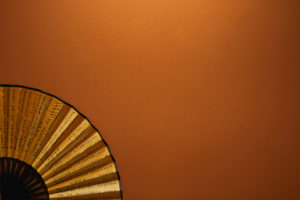